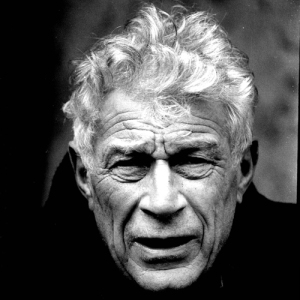 The death of the English writer, John Berger, is like the death of a valued family member. In terms of Marxism as a spiritual belief he was an apostle, a teller of stories which anticipate a better world, a world not dominated by commodity relations, relations of buying and selling, but a world based on relations of mutuality. That, after all, is the guts of it all.

He served in the army, then went to art school, before becoming the art critic for The New Statesman. In that role he challenged the art establishment by situating paintings within the social and economic milieu of their time. Thus, all those famous oil portraits were portraits of the rising middle class showing off themselves and their possessions (the trend continues in those kitsch portraits of families to be seen on display in the local photographers). Art works are not some abstract, reified, truth-is-beauty sort of thing, but material  products of a society.

The BBC commissioned Berger for a series on the history of art and as well as the above framing he would take a painting into the local pub and ask the patrons to discuss it. Ways of Seeing proved very popular and horrified the art establishment with its highly educated nose entangled in a dense web of bourgeois aesthetics.

As a fiction writer, Berger was an anomaly. He wrote as someone draws, searching for sensory detail as a guide to the essence of the image. It gives his prose both simplicity and a tactile grace. He said of himself that he was not a natural writer, having to work hard at it, in the same way as a crafts person works at his or her material. He managed a novel good enough to win the Booker, but the novel is a middle class form and Berger was more comfortable as a story teller in the traditional sense.

Tired of the David Camerons of the English world, he moved, surprisingly, to live in a French peasant village. He saw social democracy, socialism, the Marxist humanist vision, communism as an ideal, call it what you will, as under threat, in the same way as peasant life was under threat. Yet the peasant has learned century-old survival techniques which for Berger, could be useful tools (they could certainly be useful for the current US left under the coming Trump regime).

He wrote a trilogy of books based on stories of peasant life: stories of the traditions (Pig Earth); stories of facing the neo-liberal threats (Once in Europa); stories of moving to the city (Lilac and Flag). Once in Europa is a wonderful book. He also wrote a study of migrants – for Berger, the 20th century was a century of people on the move; moving to survive, experiencing loss as they did so, and at the same time, searching for mutuality.

His novel, To a Wedding, is one of the great works of working class fiction, a hymn of hope in the face of tragedy. A young woman falls in love only to find she has AIDS from a previous one night stand. Her lover insists on continuing the relationship and on them marrying. Family and friends journey through Europe to the celebration. The story is told by a blind seer who seems to connect us to ancient Greece and its myths. If you haven’t read it, please do.

In between times, Berger corresponded with the Zapatista leader, Marcos, collaborated on film projects and wrote a rather lovely book, Here is where we meet, in which he meets and talks with family members and friends who have passed. In it, we find that the adolescent Berger was influenced by a Kiwi, a Man Alone sort of bloke called Ken, who lived out of a suitcase in a series of bed sits, but pointed this English kid in the direction of some good and influential books, as well as teaching him about the world. I was going to write to Berger to try and find out more about Ken. He should be celebrated in some way. Alas, it is too late.

I recently gave my copy of Here is where we meet to a local friend who is dying. Berger is someone you’d want to read at the end of life, for everyone, surely, wants to die with hope in their heart.

In perhaps his last interview, he was asked about what kept him going? He replied, ‘The next job, the next task. Because I’m always so involved and also collaborating in many, many ways with many different people on many different levels. So what keeps me going is the next page.’

The sun is almost shining, and a very tall foxglove floats in the wind, a bee hovering.

The next page has finally turned.