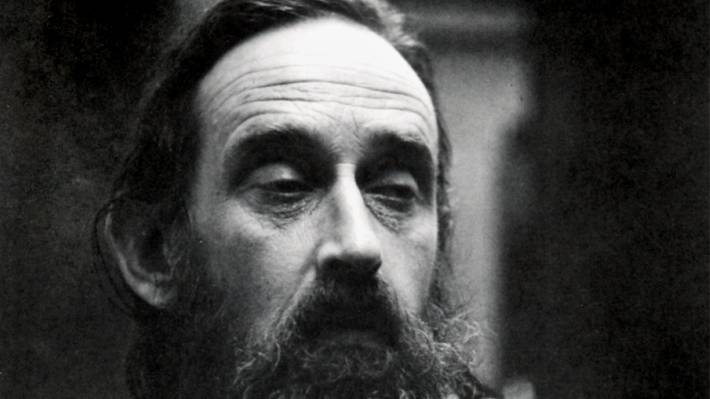 A child can be born into ‘a family system that generates a fantasy master narrative, an unstable or contradictory structure restaged again and again, with different actors and on different levels, demanding repetition, permutation and the ceaseless generation of various structural resolutions which are never satisfactory…’

The critic, Frederick Jameson wrote this with regard to the French author, Honore de Blazac, but it can be true of any number of artists. It certainly sprang to mind reading the letters of James K. Baxter, collected by Father John Weir. The two volumes contain every letter preserved that Baxter wrote in his quite short life and one is aware of a fantasy master narrative operating in the above manner.

But to make this observation requires some identifying of the narrative. It seemed to involve a seeking of the omnipotent relationship to the female enjoyed by the very young child. But this in turn required an Oedipal challenging of the father figure. Baxter’s mother, Millicent, was the daughter of McMillan Brown, a key figure in the setting up of Canterbury University. She took her degree at Cambridge and I imagine there were certain tensions in her becoming a mother and housewife. She is certainly not portrayed as a cuddly type. And then Archibald, the father, was a conscientious objector during WW1, tied to a stake in no man’s land, crucified in a way, but survived, honour and integrity intact. He would be a hard one to challenge and remained ‘Daddy’ all through Baxter’s life.

The master narrative was played out initially with Baxter taking on the role of bohemian poet drunk, a prodigy as he wrote very good poetry as a late adolescent, in the same way that a prodigal composer can create symphonies. Here was a young man who’d absorbed all the poetic techniques.

And then the narrative was played out through a troubled marriage to Jacquie, Maori but adopted by Pakeha (a lost generation figure), scholar and puritan it seems. She kept her distance, insisting on being a home body as children arrived and the drunk and the womaniser eventually joined AA and found a higher spiritual force. He became a teacher then an editor for School Publications, but the suburban life chafed. He was sexually needy, continued to have affairs, swore fidelity, turned to seducing young woman writers  through letters, and eventually switched from high Anglicanism to Catholicism. And here the romance was better embodied because of the Marian factor. Mary as nurturer permeates everything, as womb; and then the male can play the martyr figure.

But his conversion produced new marital tensions centred on birth control. Jacquie refused the unreliability of the rhythm method, chastity became the only answer and the sexual energy turned toxic. He spent time in India, absorbing the social intensity of that society, returned to become a postie and began the daily plod, absorbing the complexity of the Catholic faith, with its mystics and intellectuals. There were also, through Jacquie, connections with Ngati Poneke, and a beginning awareness of Maori as tangatawhenua, embodying different relationships to land and people.

A period as Burns Fellow meant a return to childhood haunts and a cementing of his literary reputation. But the children reaching adolescence and proving volatile (including a teenage pregnancy),  created new tensions in the marriage. Jacquie left him and in a period of despair he had a vision, a ‘nudge from God’, was told to go to Jerusalem (Hiruharama), the small village on the Whanganui River where Mother Aubert had established a convent in the 19th century, but which was now becoming uninhabited because of there being no work in the area. He was instructed by God to establish a community there. This would involve giving up money, books and reputation. A new structure for the master narrative was thus created.  The church leaders must have been a little perplexed – how do you verify a personal vision? – and persuaded him to take a few months to think about it, hoping I suspect, the fancy would fade.  But the by now bearded and barefooted Baxter (Hemi) was determined to take on the role of prophet.

The nuns and the local Maori at Jerusalem were equally perplexed, but gave him an old cottage to live in. His initial plan for his whanau (wife, kids and now grandchild) to join him to form some Old Testament cluster didn’t work out – Jacquie sensibly opting for running water when there was a baby to care for – and he became something of a hermit, wrestling (including flagellation) with various devils and temptations before going to Auckland and connecting with a drop in house for drug users. He began to mentor the young, as well as getting a couple of them pregnant (which tested the support of his mentor priests).

Back in Jerusalem he hosted nga mokai, the forsaken ones. This created tensions with the locals and the nuns in particular – issues of nudity, sex and language etc. He was given a bigger derelict house. People came and went, including cops looking for drugs, irate parents looking for their children, council inspectors looking at the drainage, and reporters looking for a story, as he began to preach against capitalism, consumerism, alienation and materialism, and as he began to use te reo. He continued to write and his writing was spare and committed. Jerusalem Sonnets and Autumn Testament are two very fine collections. But the commune was a disorganised shambles, lacking funds and practical people. There were mental health and social issues but Baxter was preaching of values that remain resonant: aroha, sharing, non violence…

The locals firmly requested he downsize, so he had to close the doors, but still had a quartet of more practical and together young people living with him and he enjoyed a contented couple of months, before going to Auckland where he died suddenly of a heart attack.

This biography can be written in a page or two and the detail of his life is contained in his poems, so what lies behind this determined collecting and publishing of every one of his letters, many of which are an unpleasant and repetitious bitching about his wife? There is also the question of publishing letters not written with publication in mind. Nowadays, school children are warned about facebook etc; nothing disappears on the digital media, but previously letters could be private to sender and receiver. More formal business-type correspondence expects public scrutiny. His letter to his parents are usually boundaried and are even sweet and childlike as he encourages them to convert to Catholicism. But then there are the cursing letters to fellow male writers – blokes in the pub stuff; the seduction letters to woman writers where he is both giving writerly advice and screwing them – casting couch stuff. These have rightly raised some hackles and will colour his reputation, especially when he writes of marital rape.

I still then search for the motivation behind this task, and can only return to the original master narrative, but this time wondering about the priestly master narrative, with the church as family which generates the unstable and contradictory structure (as the recent and ongoing troubles demonstrate), which is staged again and again – and Baxter’s place in this? This becomes a tendentious thought without any simple answer.

But as well, on a more positive note, reading the letters made me aware that Baxter’s push toward Maoridom, trying to soak up the culture in that naïve way that Pakeha did (including myself) in the seventies and eighties before being told to bugger off and stop being parasites, yet nevertheless, knowing  it was a necessary stage in order to move settler culture out of its comfort zone (if it ever was comfortable) and to begin the journey toward treaty partnership.