In an age structured by google, facebook, an increasingly dense health and safety culture, surveillance cameras on every dashboard and street corner, and (despite a climate crisis) a general preciousness and paranoia about comfort, children are starting to wear high viz jackets to brush their teeth.

Looking after two grandchildren during the school holidays on a very wet West Coast – it has rained all day every day forever it seems – could have made for a difficult time.

We’ve been saved by the ditch.

Let me explain. Given the high rainfall the miners early on dug ditches along each side of the Blackball roads. They’re a metre or so deep. Culverts of various degrees of sophistication cross the ditches at each driveway. The miners probably never got resource consent. The ditches are untidy but they work, becoming small creeks in times of rain. They can be a threat to unskilful reversers of motor vehicles (‘ditch parking’ being a local term for driving your vehicle into a ditch) and a drunk falling into a ditch has led to the occasional ambulance call out, but they are also a wonderful playground.

The five year old has spent hours creating a mine in the ditch. Armed with shovel and pick he created bridges and found various treasures buried in the mud. Then he and his sister made boats from cat food tins and raced them along the ditch, under culverts and so on. I joined in but my boat sunk. There were often whirlpools at the end of a culvert, requiring some expert jibbing to escape. We explored the ditch to where it entered the surrounding scrub on the way to the river, but were turned back by the blackberry.

There was no risk assessment management involved except at a sub conscious level – the water wasn’t deep enough for him to drown and he seemed sensible enough not to crawl into a culvert and get stuck. There were no high viz jackets, no checks on the state of the water or the constitution of the mud, no scouring of the ditch for sharp objects beforehand, no need for adult monitoring – if they started screaming we’d hear them. They just said, We’re going to play in the ditch. And unbelievably, it cost nothing. There was no branding involved, no commodification. Nor is the ditch named after a famous children’s author. The ditch is without character or culture. The only genealogy is the vision of practical men on the ends of picks and shovels doing something practical, with the women bringing some scones for morning tea – and I’m not going to judge the ditches as an act of patriarchal oppression.  Thank God the council is not wealthy enough to fill them in or send out an officer to banish the children from playing in them.

At the end of a potentially very long two weeks of child minding, with a raised and clenched fist I shout, Long live the Blackball ditches. 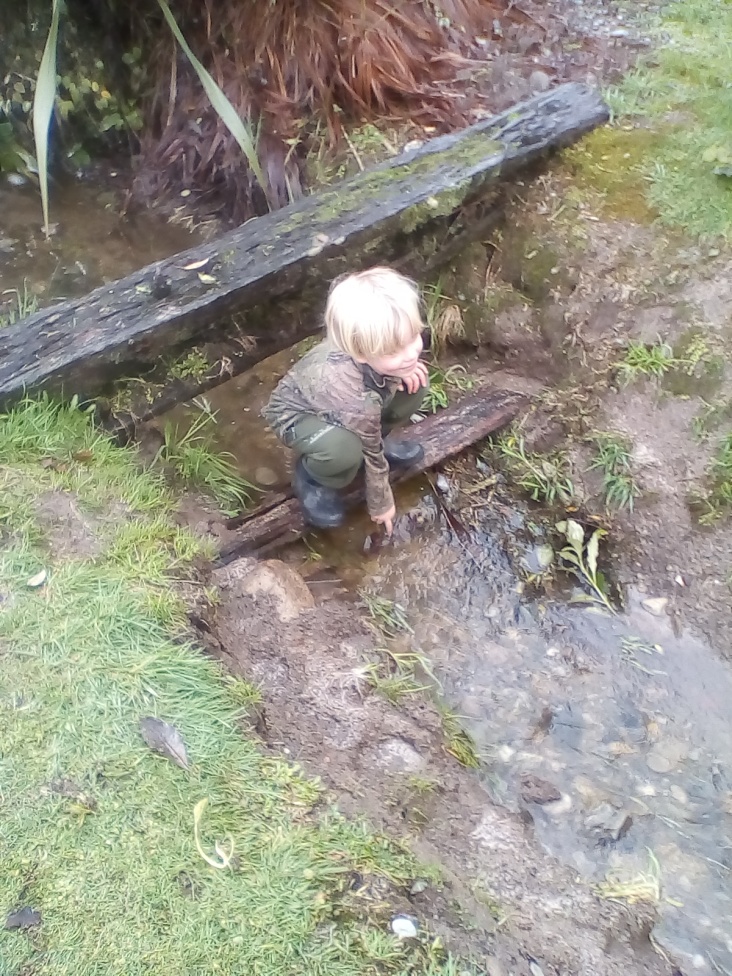