The Blackball May Day event is always an intense experience. In a way, a year’s political debate is packed into one day. It therefore takes a lot of processing.

This year we focused on the Memorandum of Understanding between Labour and the Greens and the contradictions that arise from this on the Coast, in particular, from the legacy of anti-Green feeling that has been inherited from the native logging saga which has then bled into the coal mining issue. Damien O’Connor and Julie Anne Genter were invited to address the issue and that was followed by a discussion on the role of environmentalism (and the environmentalist) on the Coast.

I was left though, with both confusion and a certain disappointment, which I think could explain voter apathy. It is systemic rather than any individual’s fault – all our speakers were very capable politicians.

All political parties at election time now operate within commodity culture. They focus on their brand: their appearance, the easily processed message, and the logo are all important. It’s the way that corporates operate: the product or service is secondary unless there is a big stuff-up such as United Airlines roughing up a passenger. Of course, this is to be avoided, but otherwise associate the brand with good feelings, in the same way that family life or owning a car should promote good feelings. Look at the ads: comfortable surroundings, likeable and healthy people, happy children, able to achieve goals and so on.

The parties will try and tarnish the opposition brand or simply have a smarter promotion. This process requires information about the customer or comsumer, data which is much sought after and collected in a variety of ways, then processed usually through a programme called Nation Builder, which can then spit out phone numbers and addresses and other details of likely voters or consumers of the Labour or Green or whatever brand. Contacting these voters via call sheets and speaking to a set text can produce further data which enters the system. The contact is designed to register whether the consumer remains loyal or is ambivalent. If ambivalent further contact may be useful. And finally, there is the reminder to vote, to ‘consume’ the brand on election day. Feeling alienated?

Meanwhile the campaign has to be staffed and funded by people who are loyal enough to the brand to become active workers, fund raisers or financial contributors. Or who see the possibility of becoming a paid worker or an MP. Prior to election year, these people can be active in policy formation, that is, the content of the brand, but the election is about selling the brand, not changing it. And of course, in the shadows are the big donors.

It means, that in the election cycle, there is room for information, but no room for thought, certainly no room for analysis of contradiction. But contradiction, if not tackled leads to passivity. How can you have two oppposing impulses and act? You remove yourself, if possible, from the situation.

Meanwhile, the polling, the testing of the brand’s reception, is incessant, with parties, like corporations, getting rid of offensive or off putting content. The populist politician might cultivate discomfort as a brand and if that discomfort and discomfort with the consumer process escalates into alienation, might generate a brand which is fundamentally hostile to the system as it is. Then the system has to contain this escalation and usually manages to do so.

So, we were left little wiser about the contradictions that follow from the MOU and this seemed a pity 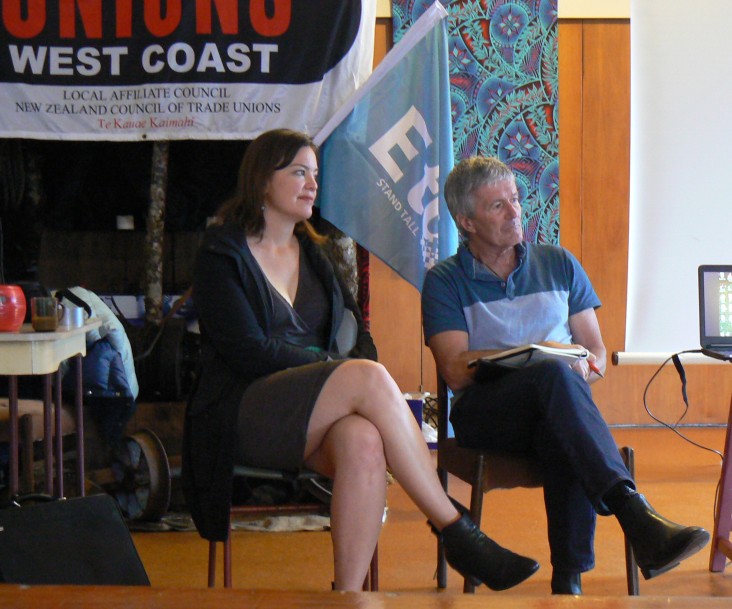 , for the contradiciton is actually based on a false belief. The loss of jobs on the Coast has been caused primarily by neo liberal market forces and technological change, not by environmentalists. This becomes a new contradiction, which I will explore next week.