It’s not often I’m flabbergasted, but the fining of two New Zealand women, one Jewish, the other Palestinian, by an Israeli court for causing distress to three Israeli teenagers because they were instrumental in Lorde’s cancelling of her Tel Aviv concert is truly extraordinary. Instrumental because they wrote an open letter to Lorde suggesting she not play Tel Aviv because it would give moral support to Israel’s continuing oppression of the Palestinians.

It’s truly extraordinary because there exist in Gaza a million teenagers living in extreme distress, unable to move freely, reliant on food aid, homes bombed to rubble, unable to access education, subjected to extreme surveillance, sniped at, aware that drones flying overhead might, at the slightest provocation, release a missile, lacking water and electricity, without employment or hope, condemned to living in the largest prison on the planet, bereft of access to justice from a state forged from the theft of their land and possessing the third largest military in the world, a military heavily subsidised by the US, who has recently cut its aid programme to Gaza. 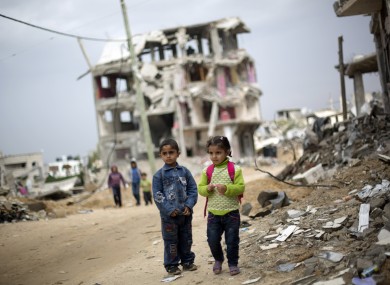 Israel prioritising the three teenagers distress at missing a concert over the situation in Gaza is an act of extraordinary arrogance, an arrogance that exposes their belief that the Palestinians are subhuman, something akin to feral cats and able to be killed with impunity. This impunity is justified by the past suffering of Jewish people, mainly at the hands of Europeans, which culminated in the Holocaust, a dreadful event for which the Palestinians bear no responsibility. But this event becomes an excuse for any Israeli action, no matter how vicious.

It is like the bully justifying murder, rape and theft because he suffered a traumatic childhood, in fact,  by now, because his parents or grandparents suffered a traumatic childhood. The boycott and divest movement threatens the bully’s excuses: his supposed keeping of order in the playground, it questions his right to exist in his current form, and It questions his right to beat up and steal from his victims. The bully is used to inspiring respect and fear, but like all bullies, Israel suffers from a deep insecurity and a corrupt psyche. It is a society in a state of moral decay. No wonder its leaders admire Trump.

Of course there are many Israeli citizens who are equally disturbed by this decay and this corruption. Unfortunately they remain a minority.

And the real threat to the two admirable Kiwi women, is not this puerile fine, but the possibility of the Israeli special forces clandestinely turning up on their doorstep. It has happened before. This is a bully that will stop at nothing.