Art shows ‘a kind of people in a kind of place’. Raymond Williams.

As the Blackball Readers and Writers Festival approached I realised that I’d never been to a readers and writers festival and here I was organising one. Although I have seen video of a conversation with John Berger and attended the famous Grotowski session in Wellington in the 1970s so I had the gist of what happens. It is about conversations.

After the first day of the Blackball event I lay in bed pondering on the concept of ‘voice’ and who has a voice in society. Politicians, business people and media people have a voice (largely through the media, which can also give ordinary people a momentary voice when disasters or scandals erupt), but the writer’s voice is different. First of all something has to be written, then it has to get published, then it has to be publicised through interviews, reviews and festivals. It is a process of devotion and not many make much money. The festival then, gives the reader the chance to see the writer in the flesh.

The Blackball  festival was different from the city festival. It took place in a village, people had to come and stay, they generally attended everything, they got to know one another, there was an intimacy, it was held in a school and a working men’s club, there was the past political history and ‘ether’ of the place (workers’ struggles) and it was framed with mihi and karakia. People enjoyed this difference.

After the second day I lay in bed pondering on the reader psychology, the person with their head ’buried in a book’, escaping into a fictional world (even if non fiction) – something of the baby at the breast involved. A personality can collapse of course, if that escape is taken away.  Solitary confinement without a book to read would be hellish. And the reader has more control than the person watching a movie. The reader can set their own pace, can flip, daydream, return and reorder the story.

Of course, in the modern world there is the contentious digital voice: the tweet,  the unconsidered gossip of social media. But the gossip simply mirrors society and never achieves the status of the aesthetic. It is about a chaos of people in a chaotic place.

I learnt that the festival conversation should be 60 minutes in length – no longer. That is the length of the psycho-analytic  session and there are similarities.  One is talking about lives leading to poems or novels, the other is talking about lives as expressed through dreams. The novelist constructs an edifice, has to learn about architecture. It is similar to the realist portrait or landscape painter: detail, colour, perspective etc. The poet is more the dreamer, with the imagery formed from resistance to desire. And ordering existential anxiety remains a motive in both forms.

It was great to have Jean Devanny resurrected. What amazing women she and Lola Ridge were, feminist communists of the 1920s and 1930s, both beginning on the Coast.

The book market that developed organically during the festival was lovely. Every writer has a box of unsold books under the bed. Signings took place on the veranda, authors swapped books, someone brought some lemons to sell – it was an unmediated, village market place.

On Friday, the environmentalist writer, Kennedy Warne visited a couple of local schools for conversations with the kids.  He simply talked about what he does: which is visit natural environments then photograph, write and speak about them. Future writers and photographers were discovered in the classrooms. There should be more of this sort of interaction, especially in rural areas.

Organisationally, the festival was an ad for anarcho syndicalism. Three co-op members appeared from the woodwork to take over registration, book sales and catering co-ordination, leaving me to deal with writers and the tech stuff. A bloke in Greymouth loaned us his fancy radio mic headsets for a koha, the local caterer did two lunches, three morning and afternoon teas  and a dinner for $40 a head and it all went smoothly. In the city this would have required an event team and the associated budget.

This desire for a voice is deeply felt. On the final evening the floor was open for people to read a letter. Most brought a letter written by an ancestor and I realised the impulse toward genealogy, the rest home or hospice interview and the family history, is also about having a voice.

As well, the festival gave Blackball a voice and local people appreciated that. A ‘welcome writers’ sign someone placed on the main road was a sweet indication.

But there is also the consumer voice, the voice of entitlement, which suddenly appeared after handing out feedback forms. How to gain feedback without arousing that voice?

Of course we’ll do it again, but biannually. The in-between year will be devoted to a writers’ retreat with workshop elements.  The concept of coal to words and the applying of the underground mine paradigm to literature is a valid one.

Finally, the perennial rage about arts funding not being available to the regions or the community continues to simmer. It is a political scandal that the lotto ticket buyer continues to pretty much exclusively subsidise the middle class urban life style. 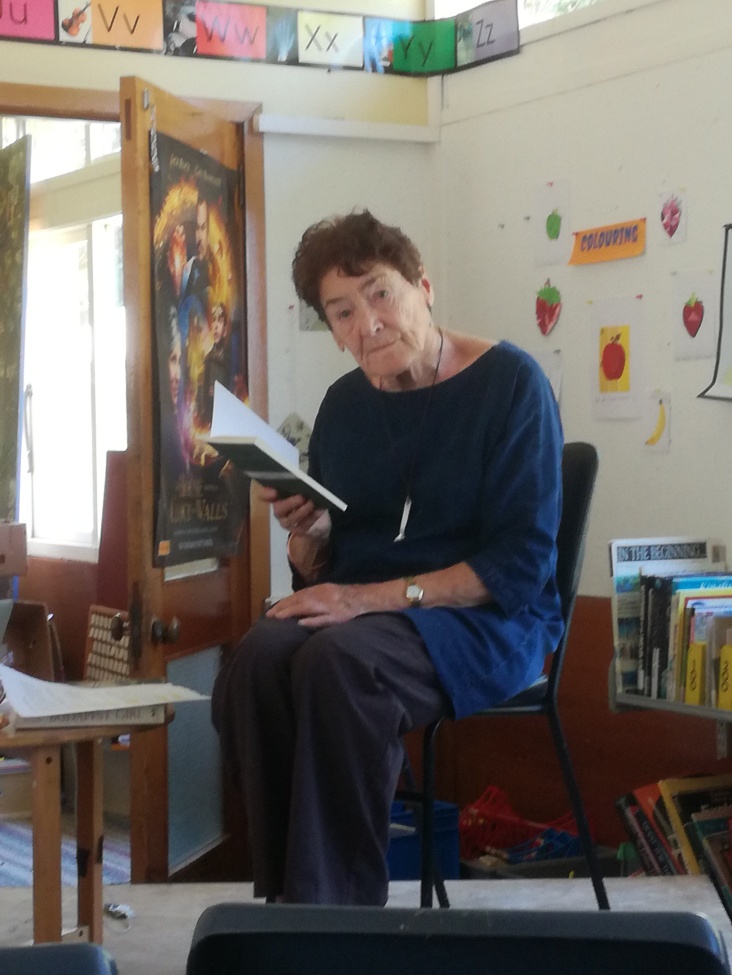